Tell us a little about yourself, Kim, and what inspired you to become a writer. 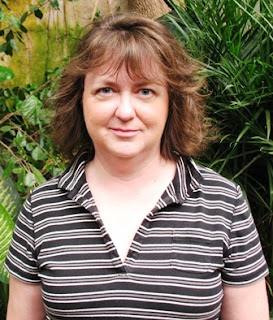 I grew up in Wyoming, which is probably where I developed my sense of adventure and love of the outdoors. I started out writing non-fiction, but my love for exotic world travel, outrageous adventures, stories of survival, and happily-ever-after endings soon drew me into a world of romantic suspense. Along with writing adventure novels I’ve also published over eighty travel and geographic articles, and contributed to a travel anthology and cookbook. I’ve recently relocated to Colorado, which I’m very excited about. Not only am I right next door to my home state and much of my family, I’m back in my beloved Rocky Mountains. When I’m not writing, I enjoy gardening, traveling, hiking, and cheering on the Wyoming Cowboys and Denver Broncos

Tell us what A Taste of Tragedy is about.

A Taste of Tragedy is the second novel in the Risky Research Series. In the first novel, A Dose of Danger, a researcher and her team believe they had discovered a miracle weight loss pill, which makes them the targets of a deadly group intent on controlling the multi-billion dollar-a-year diet product industry.  In A Taste of Tragedy, a company uses and promotes a potentially deadly sweetener in its Healthy and Delicious Foods line. The product turns the company into a global powerhouse, but when their newest vice president uncovers evidence that the healthy foods she’s been hired to promote may be dangerous, she is forced to reevaluate her priorities and seek help from the man she pushed away, but never stopped loving.

If you were casting the movie version of A Taste of Tragedy, who would you choose for the leading roles?
Morgan Hunter could be played by an older version of Nina Dobrev, and I could picture Katee Sackhoff in the role of Devyn.

Tell us about a hidden talent you have that most people don’t know about.
I can grow tomatoes, even when nothing else grows.  No matter where I’ve lived or what variety I plant, I usually produce enough to eat fresh all summer, give away to friends and neighbors, and freeze enough to get me through the entire winter.
Are you an outliner or do you write by the seat of your pants?
I’m a little of both, and the degree of each depends on the story. Shrouded In Secrets had so many complex scenarios to keep track of that I had note cards and maps pinned to a cork board and a fairly detailed chapter-by-chapter outline. I always keep a running chapter-by-chapter cheat sheet at a minimum, but if the story is flowing, I just let it go and see where I end up.

If you weren’t a writer, what would you be?
I’ve spent most of my adult life working for the National Park Service. It’s given me the opportunity to live and work in some amazing places. I can’t imagine doing anything other than writing and working for the Park Service.

What’s your favorite season and why?
Definitely summer because I love to be warm and I like long days with a lot of sunshine.

What’s your favorite comfort food?
My husband makes killer homemade baked macaroni and cheese. If you’ve only had mac and cheese out of a box, you have no idea what you’re missing.

Tell us about anyone famous you’ve met.
I guess I don’t hang out in the right circles for meeting famous people. I have met quite a few professional tennis players at the U.S. Open and other tournaments.  Probably the most famous writer I’ve met is Craig Johnson, author of the Longmire series which spawned the television series of the same name. I helped organize a writers’ conference a number of years ago in South Dakota and Craig was our key note speaker.

What’s your favorite non-writing-related website?
I’m a travel junkie, so I have a lot of travel related website bookmarked and I visit them all regularly and dream. 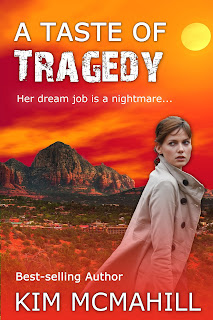 Blurb
Morgan Hunter sacrificed everything for her career. She had yet to encounter anything she wasn’t willing to do to succeed...until now. When she uncovers evidence that the healthy foods she’s been hired to promote may be dangerous, she must reevaluate her priorities. As questions mount and the body count rises, she finds herself caught in the crosshairs of an organization that will stop at nothing to hide its secrets and protect its profits. With no one else to trust, Morgan is forced to seek help from the man she drove away, but whom she never stopped loving.

Excerpt
“Here, let me help you,” Morgan said as she draped Devyn’s arm around her shoulders.
Morgan tried to relieve as much weight as she could from Devyn as she helped her hobble to the waiting vehicle. Once Devyn was seated in the cramped back seat, Morgan dug out her emergency supply bag. She handed Devyn a blanket and a bottle of water. “I have a first aid kit, but I think you need something a little more than a bandage.”
“It’s just a few scratches. I’ll live.”
Morgan could see why Nick trusted Devyn with his back. As she looked at the battered and bruised woman, who had taken off into the desert in the middle of the night in bare feet to prevent a criminal from getting away, she had to admire her. Devyn had to be in extreme pain, yet not a complaint escaped her lips.
“Make room in the back,” Nick huffed.
Morgan looked up to see Nick trudging toward her with an inert man slung over his shoulder. She raced to the tiny back cargo area and moved a few items around so Nick could squeeze the body in the vehicle.
“Is he dead?” Morgan whispered.
“Not quite, but we need to get him medical help A.S.A.P. The bullet didn’t hit any vital organs, but I’m not sure how much damage he suffered from the knock to the head”
Morgan watched as Nick set the man down in the vehicle, and then she joined Devyn in the back seat. Turning around and kneeling, she was able to lean over the seat and assess his injuries. She folded up a handkerchief and placed it over the gunshot wound and applied pressure. She wasn’t sure which was bleeding more, the bullet hole or the bump and cut to the head, but she had to try and slow the blood loss any way she could.
“That’s all we can do for now,” Nick said. “Just keep the pressure on the best you can.”
Morgan nodded as Nick secured the back and then got behind the wheel.
“You okay?” Nick asked as he turned to face Devyn.
“I’ve had better days, but sadly, I’ve had worse.”

Posted by Elizabeth Delisi at 7:00 AM

Happy to have you here, Kim! Your book sounds wonderful.

Thanks so much for hosting me. You have great interview questions. I enjoyed stopping by your blog