Today my guest blogger is Charlotte Howard, author of THE BLACK DOOR. Please help me welcome her! 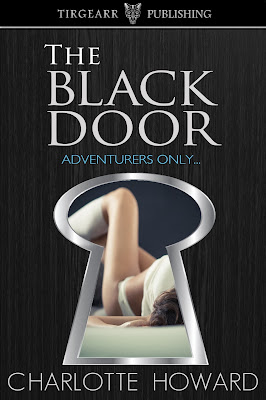 Imogen Pearce is a single mum of four children and fast approaching 40, she works at Ryedale Incorporated where she has to battle a younger and smarter generation to get to where she wants to go. If that means taking on the account of Cherry and Sean Rubin’s adult shop, then she will. But what happens when Imogen discovers the private club that they run at the back? And what happens when she realizes she knows quite a few members?

Men. All the bloody same.My mind traced back to the day I had given up on one-sided monogamous relationships.
The children were at school or work, and the sun was beating down. It was a glorious day, and I had decided to go home for lunch, rather than spend it in a stuffy office.
I pulled up outside the house and a fleeting thought passed through my mind when I saw Connor’s car sitting in the driveway. My husband of eighteen years had had the same idea.
I crept into the house, hoping to surprise him. But, it turned out that his idea had involved a slutty bottle-blonde.
I wanted to blame the events that followed on a red mist descending over me. The truth is that in the time it took for my mind to register that some tart was riding my husband in what I later found out was known as reverse cowgirl, my mind had calculated the necessary response.
The skank lost a good handful of bleached hair, roots and all. I allowed her to gather her clothes and watched as she tugged her pants on whilst running out of the house. If nothing else, the neighbours got a good show.
Connor yelled at me. But his words were drowned out by the blood pumping in my ears. I marched back up the stairs and into his little study. Opening the window, I saw Miss Slut stood in the middle of the road, screeching obscenities at me. I looked at the Ferrari in our driveway and smiled.
I think his Xbox enjoyed its first and final flying lesson as it sailed out of the window. The fact that it landed in the bonnet of his prized mid-life crisis proved that Karma does exist.
Connor. Holly.
I made a mental note of the two names at the top of my imaginary hit list.
I blinked and I was back in the boardroom.
REVIEWS:
"So score one for a forbidden office love affair. Throw in the temptations of a private club sealed behind the titular black door and you’ve got the makings of one saucy erotic romance." ~ Laura Roberts, Button Tapper Reviews
"Excellent novel!
The Black Door is a story that takes you on a ride of deceit, friendship and the murky underworld of what happens behind the black door......I've have read all of Charlottes work and this is up to her usual standard, it is exciting and keeps you guessing at every turn and reveals twists you were not expecting.....well worth curling up with a cuppa." ~ Ms. D. Barrett, Amazon UK
"This is one of the most original books that this reader has read in ages! One can never predict what is going to happen next in this sexcapade filled novel. The characters, are all likeable in spite of their flaws . . . Just when things begin to settle down, another crisis is thrown at Imogen and therefore, the reader. There is never a dull moment in this fast moving piece. It is well worth taking an afternoon to read this zany adventure and to finally learn what' behind the black door!" ~ Belinda Wilson, Amazon 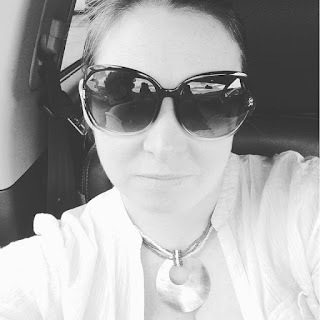 AUTHOR BIO:
British author, Charlotte Howard, was born in Oman and spent much of the first part of her life flitting between Oman, Scotland, and England. Now settled in Somerset, Charlotte lives with her husband, two children, and growing menagerie of pets.
Her career as a writer began at an early age, with a poem being featured in an anthology for the East Midlands. Since then Charlotte has written many short stories and poems, and finally wrote her first full-length piece of fiction in 2010.
During what little spare time she has, Charlotte enjoys reading and writing (of course), spending time with her family, and watching action movies whilst eating curry and drinking tea.
Charlotte is an active member of Yeovil Creative Writers Group.
AUTHOR LINKS:
Website

So happy to have you here, Charlotte! "The Black Door" sounds terrific. Can't wait to read it!