Please help me welcome guest author Margie Church, whose novel THE POET’S WIFE is being released today by Tirgearr Publishing. 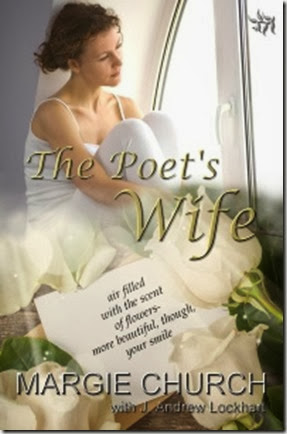 Lily Holliway's life is shattered when her husband, Gabe, is killed in Afghanistan. A new job and dear friends aren't enough to ease her yearnings for the love she clings to.

Gabe feels her grief so strongly that his spirit cannot leave the confines of this world. He can't rest in peace until he's sure Lily is going to be okay. In desperation, he reaches out to her using his special gift.

Finding the mysterious haiku makes Lily question her grip on reality. When she sees Gabe face-to-face, can she believe her eyes?

Lily must trust the only man she's ever loved to help her begin again.

I hope you're intrigued enough to read this amazing story. One commenter will win a copy of The Poet's Wife by telling me about their close encounter of the paranormal kind.

Read it now at Tirgearr Publishing, Amazon, (US, UK, and Canada), and Smashwords.

Here’s an excerpt from THE POET’S WIFE:

In his spirit state, Gabe heard and watched the entire scene between his wife and Jana. He stood behind Lily while she said goodbye to Jana. He walked out of the building to the car with Lily. The wind caught a wisp of her hair, and he wished he could tuck it behind her ear. He used to love stroking Lily's soft, wavy tresses.

Not yet. She wasn't ready to know he was close by, trying to help her cope. Hell, he was trying to cope, too. God had given Gabe a chance to help Lily, and himself, but it was all in the timing. Gabe wouldn't get long. The Shepherd of Souls had been very clear about that.

Lily drove out of the parking lot, but instead of taking her usual direct route to the base exits, she drove through the grounds.

In his spirit form, Gabe followed her.

She slowed down near one of the park benches.

We met there. Gabe recalled seeing Lily with her brown-bag lunch when he'd gone jogging on the historic base. She'd caught his eye immediately. Her long, graceful limbs and full lips captivated him. When she smiled, the sun seemed to dim. Her charming demeanor wiped out all his defenses.

She'd shaded her eyes to speak to him. "I've never seen you before."

"I was in Seattle for training, but I'm stationed here. Are you visiting your husband?"

She'd giggled this wonderful, heart-warming sound, and her face turned the loveliest shade of pink. Gabe knew in that moment, he was pretty much a goner.

"No, I'm not married. I started working at the commissary last week."

"Well, if you have lunch in the park, I'll be seeing you. I jog through here almost every day."

Gabe didn't usually take that route, but he was darn glad he had that day, and every day afterward. Lily had waited for him, sometimes bringing along an extra bottle of water or a piece of fruit for him. They'd talk for a little while, then he'd finish his run, although his mind was never on physical fitness after he saw Lilianna Carston.

Now Gabe sat on that same bench, remembering the delight in her eyes when he'd asked her to dinner the first time. They became almost inseparable. They thought they'd have a lifetime together.

He turned toward her car and saw the strain on her face.

He watched her shoulders rise and fall in a deep sigh before she drove away from the curb.

Gabe didn't get off the bench and follow her. Being dead wasn't exactly halos and fluffy clouds for him. 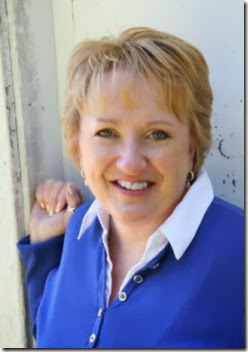 Margie shares with us the inspiration behind THE POET’S WIFE:

I've thought long and hard about where such an emotional story could come from. Thankfully, I've not been widowed but years ago, my father was violently taken from me. I think anyone who's experienced a sudden loss, recognizes the turmoil it creates. You have a million questions that can't always be answered, and you wish you could have been there in that last instant of life to sooth their journey into the afterlife. I think I was able to tie those emotions to those of being a parent and the sometimes horrible realization your child could die.

So, I had these ideas about not wanting to let go of the one who has died, and the pain survivors must endure. That became the angst Gabe and Lily felt. They were in their early 30s, and married for about six years. Although Gabe had a dangerous job in the military police, Lily and Gabe didn't let that control their future. They had plans to start a family – to have their happily ever after. In an instant, that was taken from both of them.

The Poet's Wife is a ghost story. Gabe is never alive in this book but his spirit is very present. Lots of times, we get the notion that spirits soar into some sort of bliss after death, and spend eternity with a smile on their face. I'd like that to be true, but I really don't believe it. He's as devastated by what happened as Lily is. It's so bad that his spirit can't leave the confines of earthly existence. God grants him the opportunity to help Lily rebuild her life and, in turn, sever his ties to humanity. Don't expect a religion lesson; The Poet's Wife is about two people coping with their grief and finding new ways to be happy.

Thanks for being my guest today, Margie. Best of luck with THE POET’S WIFE.

Thanks so much for hosting me today, Liz. I love your blog.

Thanks, Margie! It was my pleasure to host you.